It was 15 minutes into what could have been a 30-minute lecture when I realized that my students were having a tough time keeping their heads up. I'm sure it was just them adjusting to a post-winter-break sleep schedule. Whatever it was, I had to do something off the plan because their heads weren't being weighed down by the amount of knowledge they were retaining.

Since we were finishing our study of Classical trade routes, it made sense to throw in a couple of formative assessments to fill the gaps and put a close to the review. I just didn't have anything prepared.

To give me five minutes to throw something together, I had the students prime their brains by writing three labels in their notes, leaving space to add a few examples to each. The labels were Routes, Technology, and Goods / Other.

They listed examples for each label, following a familiar routine: work alone as long as you can before sharing with a neighbor. This is essentially a student-initiated (or casual) think /pair / share. I let it happen on its own if the class takes the initiative. Some classes don't, so I cue them.

Meanwhile, I copied image slides from other slide presentations to make the one below. I knew that I wanted the students standing and talking while having a little fun. I figured my version of pictionary / pyramid would work because they've done it with vocabulary a few times. I call it "Drawing Conclusions."

The Game
*This could also work if you have the student facing away ask "yes" or "no" questions.

As Jacob Clifford says, if you're not going to take the time to talk about how the activity went, don't do the activity. I like to start by asking a student about what worked well. I also ask questions to find out which items were easier or harder and how they worked through the tough spots.

Activities like this build teamwork, provide practice, and the debrief can become a valuable formative assessment because the students are still pumped up from the activity and want to brag and complain. Let them. They deserve it. 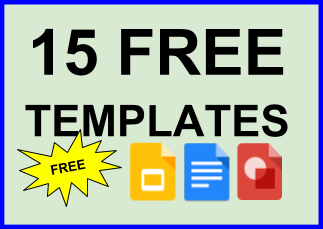